Do metal roofs ever need to be replaced?

I was having a conversation with a client the other day about the benefits of metal roofing, and he asked an interesting question:  If I buy a metal roof, will I ever have to replace it? My answer was the usual, “You won’t live long enough!” However, it did have me thinking about all the metal roofs I’ve seen installed and how many I’ve actually seen replaced. 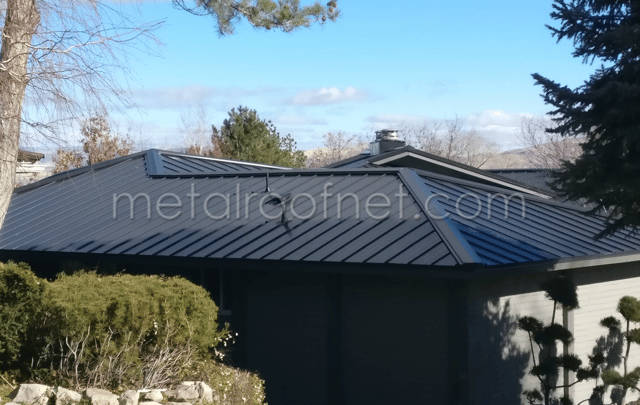 Being involved directly and indirectly with metal roofing for more than 35 years, I’ve seen literally thousands of metal roofs installed, and of every possible type - from aluminum to copper to multiple kinds of stees to zinc. Have I seen any of those replaced?  I have. However, they weren’t replaced because they stopped performing as a roof. Every metal roof I can ever recall seeing come off were all for either installation problems or because the home or building was remodeled and the contractor didn’t want to or couldn’t add more of the same.
I can recall a couple of jobs clearly where I was quite surprised that the metal roof, which was showing no signs of wear after 10 to 15 years, was being torn off and thrown away (to a recycler, I hope!) as a casualty of an extensive remodeling. I was privately offended that at least two of them replaced a perfectly good metal roof with an asphalt roof that will absolutely end up in a landfill!
I’ve also seen a few roofs outlive their finish. It’s a rare thing (I can count on the fingers of one hand) the number of installations I’ve seen that the finish failed to last as long the the metal substrate. This can look less than appealing, but even in these rare instances the metal roof itself is still performing as a roof in keeping out the weather.Unlike any other type of roof, even those metal roofs with fading or eroding finishes can be refinished - not too unlike painting a house or car. It’s not something that occurs on the higher-end products (that’s one of the things you buy when you pay for a better metal roof - the best finishes), or the natural metals like copper or zinc, but I have seen it happen.
So, yes, I have seen a tiny fraction of metal roofs that didn’t outlive me. But thousands are still going strong with no end in sight.