The Real Cost of a Disposable (Asphalt Shingle) Roof

I’m constantly chided for my prejudice about the superiority of metal roofing, and every now and then it’s great to see a reminder that I’m not as narrow-minded as I’m told.

Here’s another website suggesting that the service life of an average (read: asphalt shingle) roof is just 15 years. 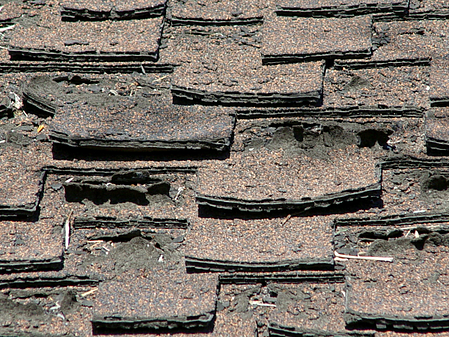 When you think about it, it’s a rather shocking fact about asphalt roofs as a class of material: they are disposable. Every asphalt shingle you see today will end up in a landfill in the relatively near future - even the ones with the so-called “50 year warranty.” Almost no one who considers or buys an asphalt shingle roof takes to time to read the warranty - everyone just reads “50 Years” and makes the COMPLETELY ERRONEOUS conclusion that the manufacturer is suggesting that 50 years is the life expectancy of that product. Nothing could be further from the truth! In fact, careful reading of ALL of the asphalt shingle warranties will produce this realization: the manufacturers make no such promise or suggestion. In fact, most of the fine print is written to distance the manufacturer from any such warranty liability. 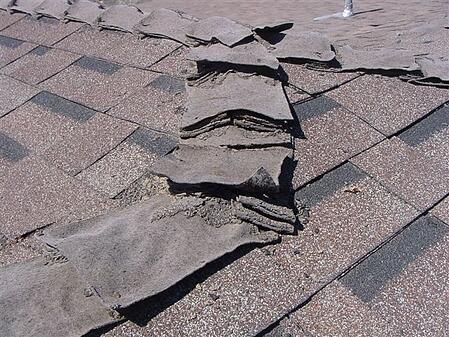 The truth is that the $3-10 a square foot that most people end up spending on an asphalt roof (the prices vary wildly depending on the type of job and the price of installation labor in a given area) is money spent on a temporary, disposable roof sure to rot away as petroleum debris in a landfill somewhere soon.

While it’s true that a metal roof will cost initially more for any given building, it will certainly outlast the asphalt shingle alternative many times over - and if and when it reaches the end of its very, very long service life, it can be recycled or even re-used. Zero chance that could ever be said of a asphalt roof. The price of a new metal roof will usually be higher than the price of an asphalt shingle roof, but they are ALWAYS better value in the long term.

So when you’re budgeting for a new roof, and especially if you’re borrowing money to finance a roof purchase, make sure to consider the ACTUAL longevity of the candidate you’re considering -  don't just focus on a number on the wrapper. Disposable roofs just aren’t a good financial choice, and are an especially bad ecological one.

Want to learn more? Download our FREE asphalt shingle vs. metal comparison sheet and get the facts for yourself.