Copper Roofs and How to Achieve a Distinctive Patina 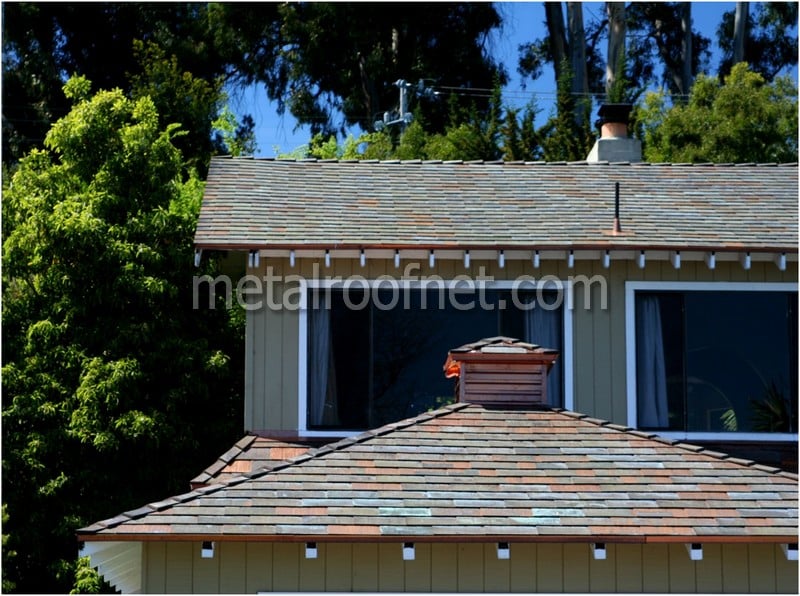 This is a beautiful copper roof system in California that blended solid copper shingles left shiny and new with copper shingles that were hand-treated to achieve a patina.

I’m often asked about the green look that copper roofs sometimes display. The questions are often something like, “Do your copper roofs have that green antique look? Does it come that way, or do you do something to it after it’s installed?”

The answer is this - copper roof products (as opposed to copper look-alikes which are usually painted steel) are invariably formed from long, thin sheets of solid copper. Copper, when new, looks like a shiny new penny. Like an old penny, as copper ages it begins to darken. If exposed to enough moisture over time a copper roof will eventually turn a blue-green color. Both the darkening and eventual greening of the copper are referred to as a “patina” or “verdigris.” Both of these are terms used to describe the accumulated layer of oxidation on the surface of exposed copper.

There are commercially available pre-patinated copper sheets available from which to form copper roof products, but the problem to my mind with such processes is that they yield a remarkably regular finish. The one characteristic of old, exposed copper is that it is anything BUT regular!

Look at the photo below of an aged copper roof in Hawaii and you’ll see how completely irregular the appearance of an old copper roof is – and to me that’s a huge part of its charm. 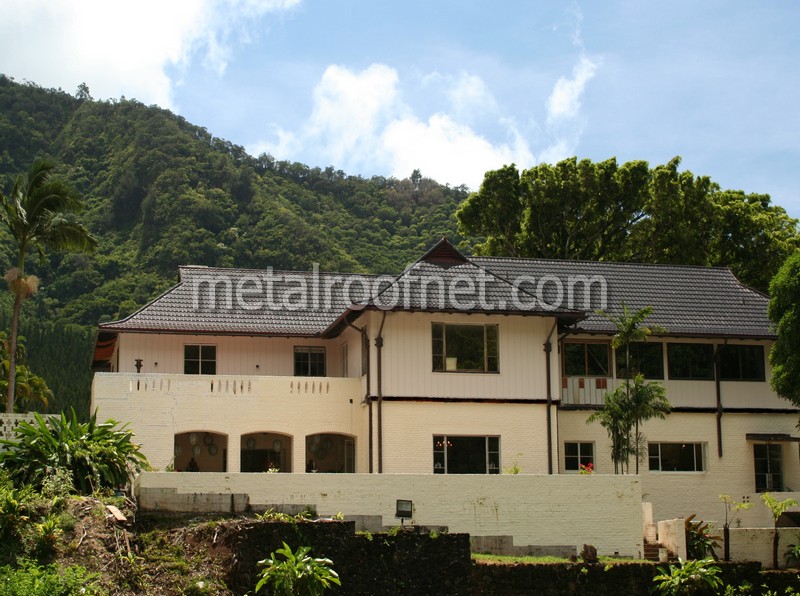 The most successful way to emulate that appearance on a newly installed copper roof is to apply one of the commercially available solutions designed to rapidly oxidize new copper. This application can be done on the ground before the copper pieces are assembled on the roof, or it can be sprayed or brushed onto the completed roof. The configuration and complexity of the roof should be considered in the decision as to what is best.

My experience is that carefully spraying the installed roof yields the most natural look because of the fact that the natural drip lines of a copper roof are accentuated normally and spraying an installed roof maintains that appearance. One note of caution about spraying a copper roof: It will continue to change after it has been sprayed. I have seen that the rapidly developed patina layer isn’t as well adhered as a naturally occurring one and so it is more prone to looseing some of the green layer to rain or snow. However, once the loosest of the green patina has been eroded, it settles back to a look that is impossible to distinguish from an old copper roof.