Recently, we received an inquiry from someone who had interest in a metal roof, but had been told by a roof contractor they had contacted that he “…doesn’t recommend metal (because) you have to change screws every seven years and if you have a fire, you’ll have more damage…”

Reading that had me just shaking my head in disbelief, because it’s obvious that the roofer was completely ignorant of the characteristics of metal roofs or worse, just not the least interested in taking on the job. 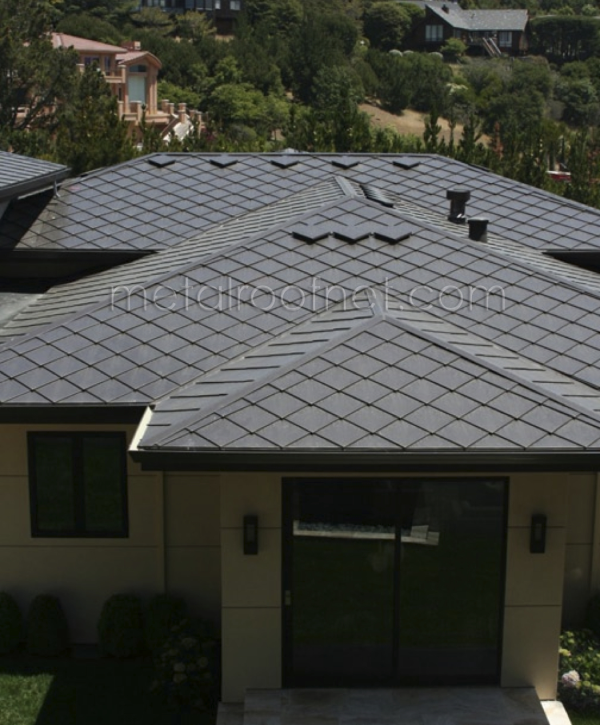 To be clear - you do NOT have to “change the screws” on most metal roofs - ever. The only way this idea has even a shadow of truth would be if one were using the absolute cheapest barn metal roof with the cheapest possible screws you could find at Home Depot. For just about every other decent metal roof choice out there, there isn’t even an exposed screw to be seen. And how in the world a completely non-combustible metal roof can make a fire worse in the eyes of this roofer is beyond me. To give him the benefit of the doubt (and assume he was trying to pass on useful information), I’ll imagine he is distorting the notion that a fire department can’t chop into a metal roof easily with an axe if there’s an attic fire. However, fire departments have long ago gone to portable saws capable of cutting through not only metal roofing, but heavy rafter, nails, screws, bolts and other hardware that they may encounter during a fire fighting episode. Whatever this particular roofer was trying to relate about the fire safety of a metal roof was badly off base.

Years of working in the industry with roofers of all kinds make me comfortable stating here that a lot of roofers just don’t like metal, despite all of its excellent attributes. There are many reasons for this, but primarily they are versions of these: 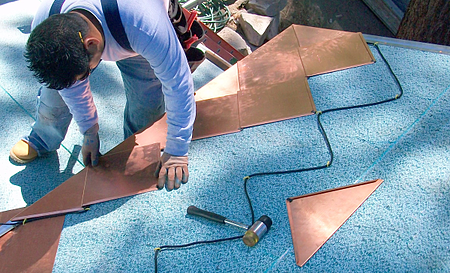 I spoke with a roofer recently who confessed to me that he was worried that if he took the time to actually train a crew and price a metal roof properly, “..he’d never get the job!” I didn’t know what to say, other than if his only standard of comparison is the composition roofs he normally installs, then no wonder he could say that with a straight face. Needless to say, this particular roofer doesn’t do slate, ceramic or any of the other high-end roof materials out there with any regularity. He’s like the vast majority of roofers in North America in that he knows composition shingles and does them every day, and he’s happy with that. Pricing a metal roof, let alone actually installing one, is a nuisance.

It's a shame, because metal roofs are as close to a permanent roof solution as you can find. They're completely noncombustible and one of the safest exterior features you can put on a house, and because of these features are becoming more popular than ever. When you’re shopping for a metal roof, do yourself a favor and avoid misinformation from naive roofers and make sure you contact someone who know what he’s talking about when you mention metal roofing. There’s no substitute for experience!