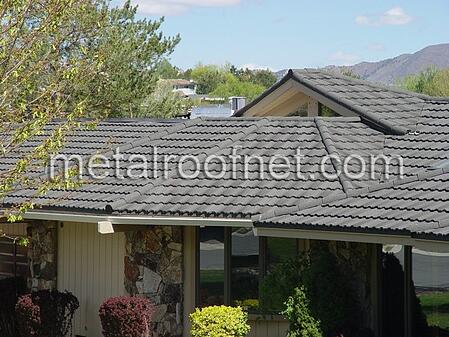 You only need to spend five minutes on our website or reading our blogs and you’d have little doubt that we have an obvious bias toward metal roof products. We make them and sell them every day, and most of the time we find it hard to believe that anyone wanting a roof would consider anything else. Decades of being in the business and seeing roof materials in the real world (instead of a well-composed sales brochure) after years of exposure to the elements have convinced us time and again that there is no better choice for a roof material. But then, we aren’t roofers!

It’s been a very enlightening experience for us this year, as we've worked closely with a couple of very experienced roof contractors who install metal roofs regularly in addition to other roof materials. While they all say the same thing - that is, "Metal is the best roof material for a sloped roof" - I noticed that it wasn’t their first choice when asked to specify a sloped roof material. Something was wrong! Curious minds want to know.

After interrogating my roof contractor friends, the consensus was that the reason for preferring composition shingles to metal (or just about any other type of roof material) was entirely selfish. They are consistently more profitable. My friend in San Francisco deals with a lot of residences where there are two types of roofs on a large percentage. A larger flat roof with a smaller sloped roof mansard in the front is a very common type of construction. While he absolutely agrees that a metal roof is a great choice for the mansard portion, it’s very difficult for him to point his clients in that direction because it may take three times(!) as long for his crew to roof the mansard with metal as opposed to using composition shingles. Even though the higher price and additional cost of a nice metal roof (even copper) isn’t prohibitive, it’s the extra labor time that makes it unattractive. He could do three other sloped roofs with his crew in the time it would take them to do the one metal roof. Never mind that the metal will outlast the asphalt three or four to one - it’s just not as profitable today!

And let’s face it - the comp roof is likely to last long enough that the current owner won’t be around to complain anyway (as long as they move in 10 to 15 years or less) about the quality of the asphalt shingle roof they bought.

It’s only the very quality-minded owners who are willing to insist on upgrading to metal when comp has such an profit advantage for the contractor. No wonder the stuff is so popular!